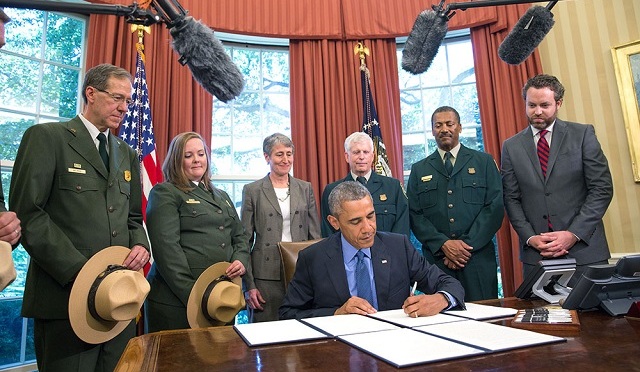 Barack Obama has put the Antiquities Act to good use, especially over these past few weeks. The Act allows the President to unilaterally designate national monuments, and only a concerted effort by Congress can overturn that decision. In late December, Obama protected Bears Ears in Utah and Gold Butte in Nevada despite some amount of state and Congressional resistance. Just last week, he protected three sites honoring the civil rights movement, and enlarged two existing monuments for good measure.

Even before his most recent spree, Obama had invoked the Antiquities Act more than any other President since the law was passed in 1906. So naturally, just hours before he steps down, I have one last proposal for him: President Obama must use the Antiquities Act one last time, to declare a National Monument on all federal land not already so designated.* If he doesn’t, there may not be much of it left by the time this Congress gives way to the next.